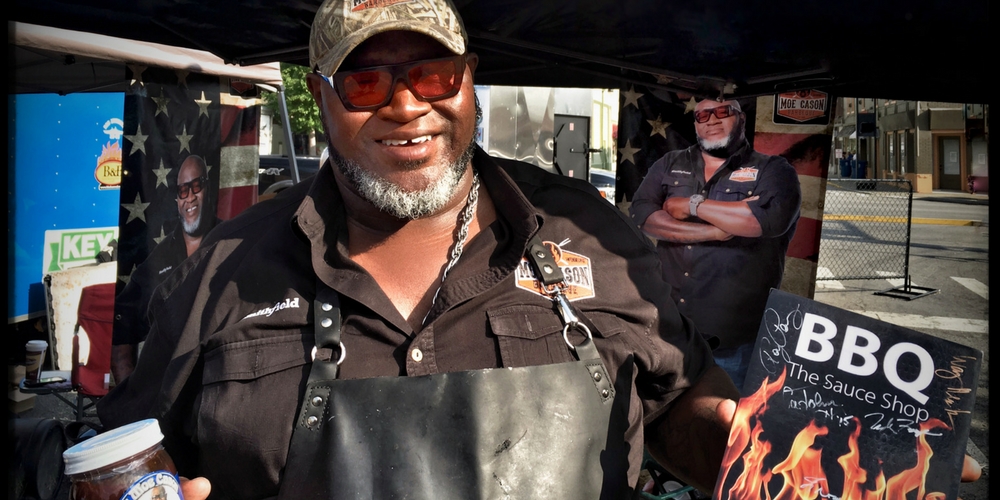 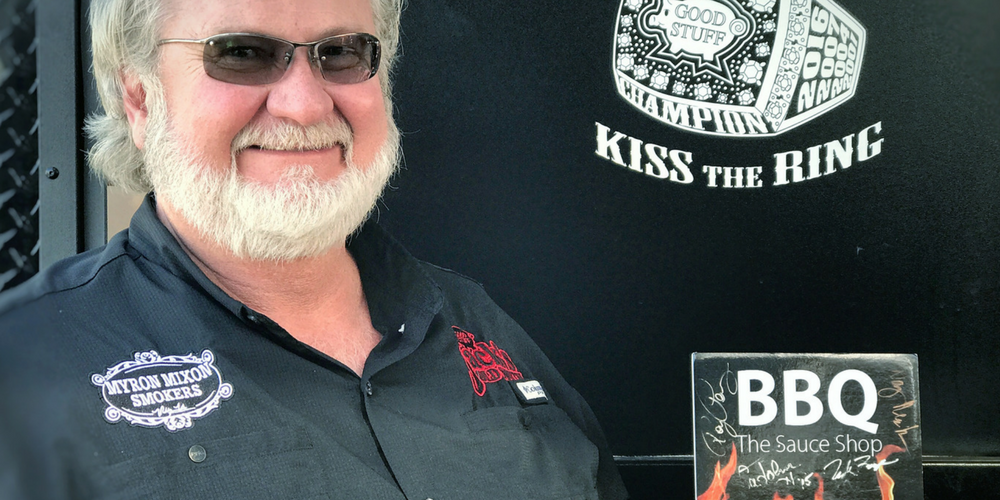 In this episode we chat with Allan Detrich from The Sauce Shop. The idea for The Sauce Shop app was conceived by award-winning photographer Allan Detrich during his 18 years of storm-chasing trips across the Great Plains. When he wasn’t in the field capturing images of natural disasters, he was seeking out the best BBQ that area had to offer — often lighting up his taste buds at small, Mom and Pop BBQ joints.

Over the years, Detrich became a BBQ sauce connoisseur. He realized that many of the tastiest sauces were created by BBQ masters who had little opportunity to sell their flavorful concoctions to a wide audience. That’s why Detrich developed The Sauce Shop app for the iPhone. For small fee, pit masters and restaurant owners can now sell their craft sauces to the world. The app also is a marketing device for makers of hot sauces, rubs and anything else related to BBQ. In addition, it offers a restaurant locator, BBQ history, photo gallery, links and a calendar for BBQ events.

The Sauce Shop app is sure to take the market by storm as a one-stop-shop for all your BBQ needs!

In the early 1980s, Allan Detrich attended the Ohio Institute of Photography in Dayton. There, he designed his own work-study program through which he earned academic credits by working for the Kettering-Oakwood Times. While still in college, he also worked for the Xenia Daily Gazette.

After leaving school, Allan joined the Tiffin Advertiser-Tribune as the chief photographer. From there, he was hired as the sole photographer for the Sunday edition of the Sun-Journal in Lewiston, Maine, where he was named New England Photographer of the Year in 1989.

During the 1990s he returned to Ohio and settled in Toledo, where he worked as a staff photographer at The Blade. In April 2007, Allan broke away from the daily grind of the newspaper business. He now has a successful freelance career.

Throughout the years, Allan has won numerous awards as a photojournalist. In 1998 he was Runner-up for the Pulitzer Prize in feature photography for the five-part series “Children of the Underground,” an in-depth look at a covert organization that hides abused children. In 2004, he was the lead photographer on an investigative project about the chemical element, Beryllium. That series was honored as a finalist for the Pulitzer Prize in the investigative series category.

Allan’s photographs have appeared in a variety of national and regional publications that include: Sports Illustrated, Time, Life Magazine, Marie Claire, Success From The Home Magazine, Lake Erie Living Magazine, MSNBC on the Internet, USA Today, The New York Times, The Washington Post, The Chicago Tribune, The Houston Chronicle, The LA Times, The World & I, American Heritage, Picture Week, PEOPLE Magazine and the Best of Photojournalism 19 and 20.

In addition to his Pulitzer Prize nominations, Allan has won the following prestigious awards:

He has also been the recipient of many national awards, including four Clarion awards, the National Headliner Award and several National Press Photographers’ Association Picture of the Year awards.

His unquenchable thirst for excitement prompted Allan to become a storm chaser nearly two decades ago. He has put himself into the eye of hurricanes Gloria, Floyd and Rita, and in 2002, his photo of a deadly tornado as it ripped through Tiffin, Ohio, earned him TIME Magazine’s Photo of the Year honors. Many of Allan’s storm photos have also have been honored with photojournalism awards. His fascination with severe weather resulted in his becoming a founding member of the storm-chasing group, M.E.S.O. He also is certified as a National Weather Service/NOAA SKYWARN-trained storm spotter.  Although his career as a freelance photographer, storm chaser, BBQ aficionado and family man leaves little spare time, The Sauce Shop App is now his full-time job and passion, When he does find time to relax, it’s with his wife and son at their home in Fremont, Ohio. Allan also has two grown daughters who have embarked on careers of their own.

If you enjoyed this episode, please share it using the social media button you see at the bottom of the post.

Also please leave an honest review Learning Backyard BBQ on iTunes. Ratings and reviews are extremely helpful and greatly appreciated! They do matter in the rankings of the show, and I read each and every one of them.

If you have any questions, head over to www.learnbbq.com and click into the AskMike section and leave me a voicemail message. I will get right back to you as soon as I can.

And finally, don’t forget to subscribe to the show on iTunes to get automatic updates.